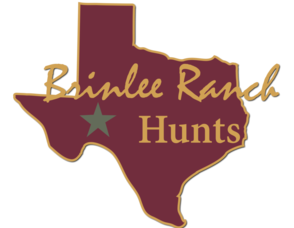 ​Fair Game TV recently filmed a episode for their Texas outdoors TV show here at Brinlee Ranch Hunts; this is what they had to say about our ranch:

"Brinlee Ranch is located in the heart of west Texas in Terrell County. At any given time you may see up to 40 deer at each stand location. With bucks averaging between 110 - 140+ B&C over the last few years, Brinlee Ranch is quickly becoming a hotspot for sportsman all over the United States. With newly built lodges and excellent camp cooks, no detail is over looked here. This hunt is as good a value on free range whitetail as you will find in Texas. With no trophy fees and hundreds of deer to be seen on a trip, the hunt is yours to make as good as you wish. Dan and his staff pride themselves on 100% success rates for their over 300 hunters in the past several seasons."

Dear Dan and David,
I just wanted to send a note of thanks for the hunt of a lifetime. Mike Thompson and I had a wonderful time learning about your area of Texas, watching the wildlife, and interacting with you, your guides, and guests. We had a remarkable time. The fact that we harvested nice bucks was also a big deal to both of us. David worked very hard to make sure of our success. We appreciate the fact that Brinlee Ranch Hunts has such professional, personable guides. Our entire experience was world class and we both owe you so please let us know if we can ever be of service to you. Thank you seems too small of an expression, but all that I know to say.

Hi Dan,
Well I made it back safe and sound and have been trying to get back in the groove of things. I wanted to tell you and the guys thanks again for a great hunt. Brinlee Ranch was my first fair chase ranch hunt and I am very impressed with the whole operation. I knew Texas had a lot of deer, and your ranch was no exception. I saw no less than 15 bucks up close and personal from just two locations and along with Charlie we saw many additional quality animals. I should have been able to get all my deer and a turkey with my bow but looks like I need to keep practicing! I enjoyed very much getting to visit with Charlie (guide) and watching Dave work his magic.  I also wanted to point out that Francis and the food were both great  -- Hot and plenty of it. This matters a lot when you are out of town. I found my hunt to be very rewarding and fulfilling -- not just the harvest but the hunt as a whole. You can be certain that I will be back to Brinlee Ranch.
Yours Respectfully,

THE BRINLEE RANCH-How can I describe it?
This hunt was truly one of my most memorable experiences in over 45 years of hunting.  The only factor that could possibly overshadow the beauty of the scenery and the land, coupled with the abundance of whitetail deer and other wildlife species IS the hospitality, warmth, food, and friendship that I felt from Dan Brinlee and his entire ranch staff.  KUDOS to all of you!!  From the time I stepped into the door until I left  4 days later it was like going home. Thanks to all of you for making this memory with me.  I hope to be back someday.
Thanks,
Tony Winterer
Park City, Utah

Hey Guys,
Just wanted to check in…How about telling Charlie and Robert we said hello. We showed footage of our experience to a bunch of friends, as much as they liked the deer that they saw, I think that they were most impressed by David cleaning a deer with a paring knife. A lot was learned on this trip and deer skinning will never be the same here in Carolina. It’s also hard to tell the wife that she is the best cook and keep a straight face (keep that between us). On that note tell Ms. Francis I said hello. Most importantly we wanted to tell everybody that this experience is something we will not soon forget. The hunting was great and the food was unbelievable. Charlie and Robert were as accommodating as they could be. Thanks to everybody for making this trip for my brother and I the best vacation and hunting trip two people could ask for.

Hello Dan,
Just want to thank you and your staff for another awesome hunt at Brinlee ranch. The hard work and effort your guides and staff put forward is impressive. I would also like to give a special thanks to David Bjork,for your extra effort,work and patience on this hunt with  my son was much appreciated. My sons and I have taken our best bucks to date at Brinlee ranch ,but that is only part of the experience.The friendly atmosphere,great food,and beautiful scenery make an awesome hunting trip. I have hunted with Brinlee ranch going on 8 years now and plan to hunt many more.

We had a super great time. The 2 bucks were probably the best we will ever kill. We will never forget that hunt. We enjoyed the great hospitality and the food from Francis. Your guides and whole operation are first class all the way. We will be back next year.
Thanks,
Bill and Melanie Parks
Terry, MS